Pluto has been in the news recently, due to a movement led by astronomer Sol Alan Stern to reverse a 2006 decision by the International Astronomical Union to change the definition of the term “planet” which left only eight objects in the solar system fitting the criteria, in response to the discovery of Eris, a Kuiper Belt object larger than Pluto.

(The Kuiper Belt is a region of space full of icy, rocky balls. These are similar in composition to, and share the same odd orbit type with, Pluto, but their much smaller average size and later discovery led to Pluto being considered a similar but ultimately unique object, that is, until the discovery of Eris showed that Pluto’s size was not unique. For more on the matter, I recommend Eris discoverer Mike Brown’s book How I Killed Pluto and Why it had it Coming)

Properly defining terms is an essential part of the collaborative nature of science, and once a term is defined, it’s entirely possible that the taxonomic community might change its mind at a later point in time, if they then find the term’s definition to be ill-suiting the reality it proposes to describe. (Just ask termites)

In a fast-changing field like astronomy, where new objects are sought and found with great excitement, it is no great surprise that significant disagreement exists over the proper meaning of various terms. But when I observe the debate between Brown’s argument that planets should be rare, large, round objects which orbit stars, and Stern’s argument that any non-stellar object large enough to be round should be considered planets, regardless of how many of them there might be in a system, or what they orbit, I find a common problem between them: the premise that “planet” is a useful term.

The word “planet” comes from the Greek term “asteres planetai”, which translates to “wandering star”. It was coined to describe stars observed to travel across the sky at regular intervals. These were the sun, the moon, Mercury, Venus, Mars, Jupiter, and Saturn.

Of course, this definition changed. By the seventeenth century, it was understood that the wandering stars were not stars, but other worlds. “Planet” now referred to an object which circled a star, meaning that the sun and the moon were no longer on the list of planets, and that Earth now was.

The eighteenth century was a time of expansion for the term. The largest objects in what is now known as the asteroid belt were being discovered at this time, and, as far as the people in the 1700s were concerned, they were all planets, too. But this changed by the 1800s, when it was realized that the asteroids were both much smaller and more numerous than previously believed. The idea that planets must be large and few emerged. Uranus and Neptune were discovered at this time. They were smaller than the two previously known gaseous planets, but still considered the same thing, so they joined the list.

The last addition came in 1930, with the discovery of Pluto. Initially, Pluto was believed to be of similar size to Earth, Venus, and Mars, but this was revised down over time.

As Pluto was revealed to be smaller than the other planets, and as the rest of the Kuiper belt was brought to light, and as other stars were found to have their own systems of satellites, reasonable grasp to the title planet began to slip. But, because it was still one of the bigger objects in the solar system, and by force of tradition, Pluto remained a planet until 2006. Then Eris happened, and the IAU stepped in to make a formal definition.

A “planet” is a celestial body that (a) is in orbit around the Sun, (b) has sufficient mass for its self-gravity to overcome rigid body forces so that it assumes a hydrostatic equilibrium (nearly round) shape, and ( c) has cleared the neighbourhood around its orbit… The eight planets are: Mercury, Venus, Earth, Mars, Jupiter, Saturn, Uranus, and Neptune.

This excluded Pluto, which was disqualified by its failure to meet criterion c in the official definition. It also, if the language of criterion a is to be taken literally, excludes any worlds orbiting stars besides the Sun. But that hasn’t stopped the public from still using the term for extrasolar bodies. Even NASA called the newly discovered terrestrial objects of the Trappist-1 “planets” in their press release.

In popular consciousness, at least in my experience, the term seems to evoke terrestrial worlds sooner than other types of planet. This is likely due to the influence of science fiction set on other worlds, which are, somewhat of necessity, typically Earth-like.

The Problem with “Planet”

Under the current definition Earth, Mercury, and Jupiter are planets, while the Moon, Pluto, and Ceres (the largest asteroid) are not, failing either criterion a or c. Dr. Stern’s group would argue that these criteria are excessively exclusive, and that, because “planet” enjoys a level of prestige in the mind of the public over such terms as “comet” or “asteroid” or, most certainly, “dwarf planet” (Pluto’s current IAU status), the term “planet” should not be reduced artificially, but expanded, in part to avoid discouraging research into Pluto and objects like it, in part to shift the meaning of the term from defining what a planet does to defining what it is. From their paper in Lunar and Planetary Science:

In keeping with both sound scientific classification and peoples’ intuition, we propose a geophysically-based definition of “planet” that importantly emphasizes a body’s intrinsic physical properties over its extrinsic orbital properties… We propose the following geophysical definition of a planet for use by educators, scientists, students, and the public: A planet is a sub-stellar mass body that has never undergone nuclear fusion and that has sufficient self-gravitation to assume a spheroidal shape adequately described by a triaxial ellipsoid regardless of its orbital parameters.

This definition would include Pluto, Eris, Pluto’s moon Charon, and presumably other Kuiper Belt objects; Ceres, but not other asteroids; the eight planets currently on the list; and several moons, including our own.

This is not a bad definition — it’s certainly better than the 2006 IAU definition — but I still believe that astronomical terms would benefit from being more specific, not less. Both currently and under Stern’s, et all, proposal, Mars and Saturn are to be defined as the same thing. This is absurd, as, by any objective standard, Mars and Saturn are very different things.

If we didn’t have Jupiter, Saturn, Uranus, and Neptune in the solar system, and we found gas giants orbiting some other star, I don’t think we’d call those gas giants planets, not if we had a real grasp on what they were. They’re a different thing.

But, as Stern pointed out, the term “planet” carries a lot of weight in the public mind, so declaring some planets to no longer be planets is a bad option. Therefore, since Mars or Saturn cannot be de-planeted without making it seem that the astronomical community prefers one over the other, and since classifying Mars and Saturn as the same thing is rooted more in tradition than reason, I propose that the term “planet” be retired from scientific discourse.

Instead of the broad term “planet”, I would classify celestial bodies into more numerous, more specific categories. Mine would be a two-tiered system:

Under this system, Earth would be a clad terrestrial circumstellar, the Moon would be a naked terrestrial moon, Phobos (one of Mars’s moons) would be a cosmolithic moon, and Pluto would be a Kuiperian sibling with Charon (it’s “moon” which technically doesn’t orbit Pluto. Both orbit a point much nearer to, but outside of Pluto.) Going through the first list, then the second, celestial bodies would be easily classified in ways that would make their nature clear. As more new stellar systems are discovered, this will be the most important role of astronomical taxonomy.

In conclusion, I would like to reiterate that the scientific community should not allow itself to be trapped into continually rebuilding its language to accommodate the flawed ideas of the past. Rather, it must ensure its language clearly expresses present knowledge and is able to do the same with knowledge gained in the future. The planets were fun, but it’s time to move on.

Or why I didn’t see Suicide Squad. 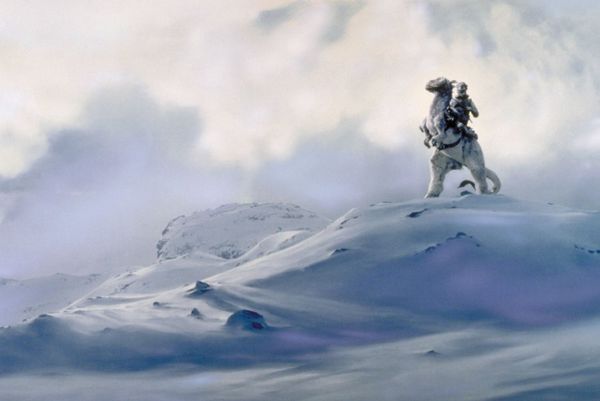 Episode V is filled with many good scenes, adding up to a great viewing experience even, but not really a good film.