I think the orioles are gone. I haven’t seen any in weeks. The jelly was all going to catbirds and finches, so I brought the feeder in. I am glad to have finally attracted some regular visitors this year. Here’s hoping I can repeat the success next summer.

This show kicked off while Obi-Wan Kenobi was still going. The first episode was okay, but I wasn’t really moved to cover the show. But by now I’ve seen the rest of it, and I thought I might at least give my thoughts on it here.

Ms. Marvel centers on Kamala Khan, the daughter of Pakistani immigrants living in Jersey City, New Jersey. Kamala is a big fan of superheroes, especially Carol Danvers, the mighty Captain Marvel. Coming across an old family heirloom sends Kamala on a journey discovering her own powers and her family’s history.

As an introduction of a new character, this show works really well. Iman Vellani’s performance carries the show. I’m really looking forward to seeing more of Kamala in future Marvel projects. In this, though, she’s ill served by as anemic an over-arching plot as Marvel’s ever put out. Plot points that had to do with Kamala and her family were put together pretty well, but the (multiple) external conflicts just don’t add up to anything. The Clandestines were very reminiscent of the Svartalfs from Thor: The Dark World, only even more generic and less threatening. The rogue government agent who hates supers I’m pretty sure was developed by letting the script-writing software auto-complete a character. The show goes almost two episodes without even hinting at any real villains, and spends the rest of its run barely hinting at their motivations.

There were some changes made to the character of Kamala Khan from the comics. Her powers, for one. In the comics, she’s a shape-shifter, able to stretch, grow, and shrink. Here, she’s basically Green Lantern, using a bit of jewelry to manifest solid light constructs (often gathering light around herself to functionally stretch and grow). But, hey, I like Green Lantern, and anyway stretchy powers, while often cool in comic art, has historically looked comically awful in live-action, so I can see why the change was made. The other change was the origins of her powers. In the comics, Kamala is an Inhuman, one the non-Mutant-mutants who briefly got their own ABC show. Here, she’s part-jinn. I know of this difference because I thought making the Muslim superhero a genie was a really on-the-nose, stereotypical move, especially since Jinn are (as I understand, though I’m not an expert or anything) more an Arab thing than a generally Islamic thing. So I checked, and I found she was not jinn in the comics. I don’t see that making her one here was a great move, especially considering that the whole jinn subplot was a weak point of the show.

Actually, speaking of Kamala being Muslim: her faith in this show was, I thought, weirdly handled. It’s not merely incidental to her character, exactly, but it also didn’t seem to inform her actions. Contrast with Daredevil, the MCU’s other explicitly-religious hero. Matt Murdock’s a Catholic, and we know that not just from how he shares scenes with priests and nuns occasionally but from the way that Catholicism informs his motivations and moral code. Y’know, like how a religion does. Islam isn’t to this show what Catholicism was to Daredevil, which feels like a missed oportunity.

Overally, though I thought it had some big weaknesses, Ms. Marvel also had some big strengths and succeeded in what it really set out to do, which was more to set up a story than to tell one. 7/10

(One more old scan this week. I’m sorry about so many old drawings lately; I’ve been working on a big bird drawing project that I’ll be able to share once it’s done, but I need at least another week. Stay tuned.)

A while back, I featured a toucan in this space: the Toco Toucan. Something I neglected to mention in the write-up is that toucans are members of the order Picoformes, which makes them cousins to the woodpeckers. When you think of a toucan, you don’t really think of woodpeckers. Both kinds of birds are arboreal, but that’s about it, as similarities go. Woodpeckers primarily eat insects; toucans primarily eat fruit. Woodpeckers have strong, stiff beaks that they use to bore into wood; toucans have huge, spongey beaks that seem like they’d break if they were used as a pickaxe. But one behaivior they have in common is that both woodpeckers and toucans nest in cavities. For toucans, these cavities are generally found and perhaps enlarged, whereas woodpeckers will excavate their nests directly.

Probably the most woodpecker-like among the toucans are the green toucanets of the genus Aulacorhynchus, such as these crimson-rumped toucanets (the drawing of which I actually did for Christmas several years ago.) As the name “toucanet” suggests, these birds are smaller than Rhamphastos toucans (roughly jay-sized), with proportionally smaller bills. Toucanets are more prone to supplementing their fruit-filled diets with insects and other small animals. Where most toucans are dependent on other creatures to dig out their nesting holes, the green toucanets have been observed to dig directly into softened, rotted wood. As is the case in other toucan species, it is the female toucanet who does most of the nesting work. Female green toucanets have smaller, stiffer bills than the males, which further aid them in excavating nesting cavities.

To science, the crimson-rumped toucanet is Aulacorhynchus haematophygus, which is Greek for “blood-rumped groove-bill”, which is what the ornithologist John Gould called the bird in his 1835 Monograph on the Rhamphastidae, a work based on dead specimens sent to Gould in England; Gould never traveled to South America, though he was a leading authority of his day on both toucans and hummingbirds.

A history of American quack medicine. False cures are found universally, but are especially prevalent in the United States, even today, where alternatives to the elitist and expensive medical industry appeal to the citizenry’s do-it-yourself attitude.

By now, people are pretty aware of guerilla marketing: the pitching of products by seemingly ordinary people posting online about how they really love the new Cheesy Isosceles Quesadilla™ from Taco Bell® or whatever. But it’s not just tangible products, it can be ideas. There’s a whole industry paying people to promote raising the minimum wage, lifting mask mandates, or other causes, which is worth keeping in mind.

The music notation we’re familiar with, dots with tails marked down on a staff of parallel lines, arose from Renaissance-era Italy and has been the global standard for over a century. But other ways of writing down music have been employed throughout history, some of which are outlined in this chart.

[FICTION] “Benny’s only four, and when his father tells him he must return Justin’s favorite truck, Benny looks at Grant and me with unblinking eyes. The next morning Benny and I march together down the snowy sidewalks, and he hands over the truck to a tearful Justin. Clearly Justin’s mother has registered that it is the third item we have returned.”

Black Widow succeeds in showcasing the title character while telling its own compelling story. It's not the best MCU film, but it's exciting and never collapses under the weight of detailing a known character's backstory. 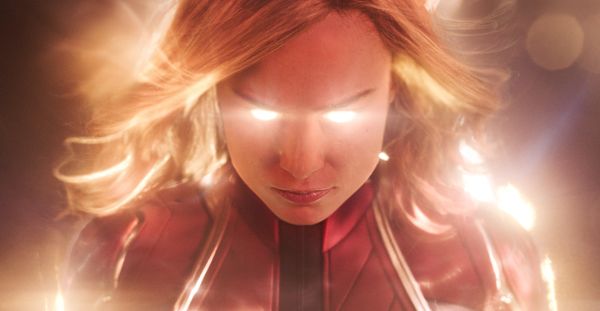 Producers: Marvel Studios, Walt Disney Pictures Runtime: 130 minutes MPAA Rating: PG-13 EE Critic Score: 8/10 Captain Marvel is the twentieth installment in the Marvel Cinematic Universe. Set in the 1990s, it is a prequel to all other installments besides Captain America: The First Avenger. It focuses on an

The Film’s Poster | Photo Credit:IMDB [http://www.imdb.com/title/tt2250912/mediaviewer/rm2078550784]Producers: Marvel Studios, Columbia Runtime: 133 minutes MPAA Rating: PG-13 EE Critic Score: 7/10 Spider-Man: Homecoming is the 16th film in the Marvel Cinematic Universe. It is, due to issues of licensing, not a 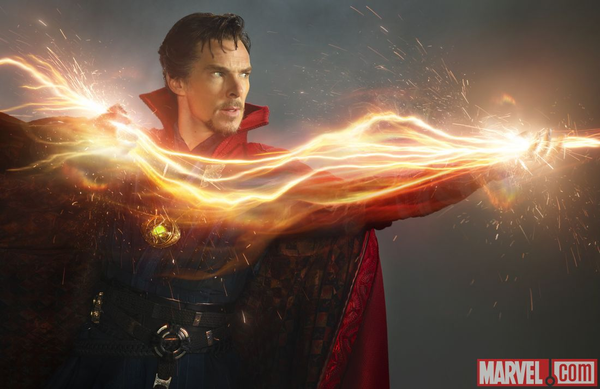 Strange as advertised. Much of the Marvel formula is there, but I think something new is made of it. Tonally inconsistent at times.